Championship Recipe – A Look into the VAHS 2019-20 State Championship

Nine periods, two days, two OT victories, and a state title. Yes, nine periods in a span of roughly 24 hours. The 2019-2020 Verona Wildcats won in an impressive fashion. Undoubtedly the coolest moment in our career.

Watching that championship game, one thing was clear – the Cats had better legs late in the game (despite having played two more periods the day before compared to Notre Dame), and they were straight up faster.

Most people look at that and assume that they won because they were in better shape, or because they were more conditioned. Well, I would say that’s not the case. The Cats were faster, they had more speed, and they continued to show that speed all the way through the end of the tournament.

If you watched Verona practice throughout the year, you would notice a few things. They practiced full speed, they practiced intensely, and they didn’t condition much at all. Short duration drills performed at full speed, followed by rest. Oh, and practices were only about an hour.

Less is more. This is a recipe for speed.

So, what was TAP’s role with the Cats throughout the season? Depending on the week, we would see the team once or twice. We never, never, ever conditioned them. They get their conditioning from playing the game, simple as that. Our job was to make sure they felt healthy (nobody missed more than one game due to injury), and to make sure they felt fast and explosive on game day.

Skating mainly taxes the anterior chain (front side) of the body. Many skaters are very quad dominant, and their hip flexors are tight due to their constantly flexed position. This tightness can pull the hips into an anteriorly tilted posture, which can cause issues within the hip complex, and in turn can lead to things like low back discomfort. The upper body is also in a forward flexed posture, which leads to imbalances and overuse from one side of the body to the other (Front/Back – Shooting Side/Non Shooting Side).

To counteract these imbalances, we always worked on a few critical movements:

Providing the posterior chain with lots of glute work usually helps check many of these boxes all at once. In-season programming involves more pulling than pushing exercises for the upper body, which helps clean up the forward flexed upper body posture on the ice. The overall purpose for our methods is to feed the areas that don’t get love, and to protect the areas that commonly break down by strengthening them. This helps keep the body balanced and healthy.

If we worked with the team the day before a game, we would conduct LOW-DOSE med-ball and plyometric work. Fast explosive movements, followed by rest. Our theory is that this type of work within 24-48 hours of a game helps stimulate the CNS for game day. Remember, this work is extremely low -dose;, the last thing we would want to do is make them tired. Remember, tired = slow.

This approach may sound like a lot, but in reality, it’s quite simple and makes too much sense. Quality over quantity. The workouts are typically less than 1 hour; our biggest fear is that we are doing too much. We want the kids to leave feeling better than when they arrived at the rink. Give them what they need, and let them go home. After all, they are still kids. They have a social life, they have family, they have homework. Give them time and energy to nurture these things.

Many programs think that in order to be successful, you need to “grind” and make your kids tired. Our goal is not to make them tired. When you train tired, you train SLOW. Never let today’s workout ruin tomorrow, simple as that. Keep them fresh, keep them healthy, and most importantly keep them happy. Kids put effort and focus into things they enjoy.

Here’s to many more state titles. 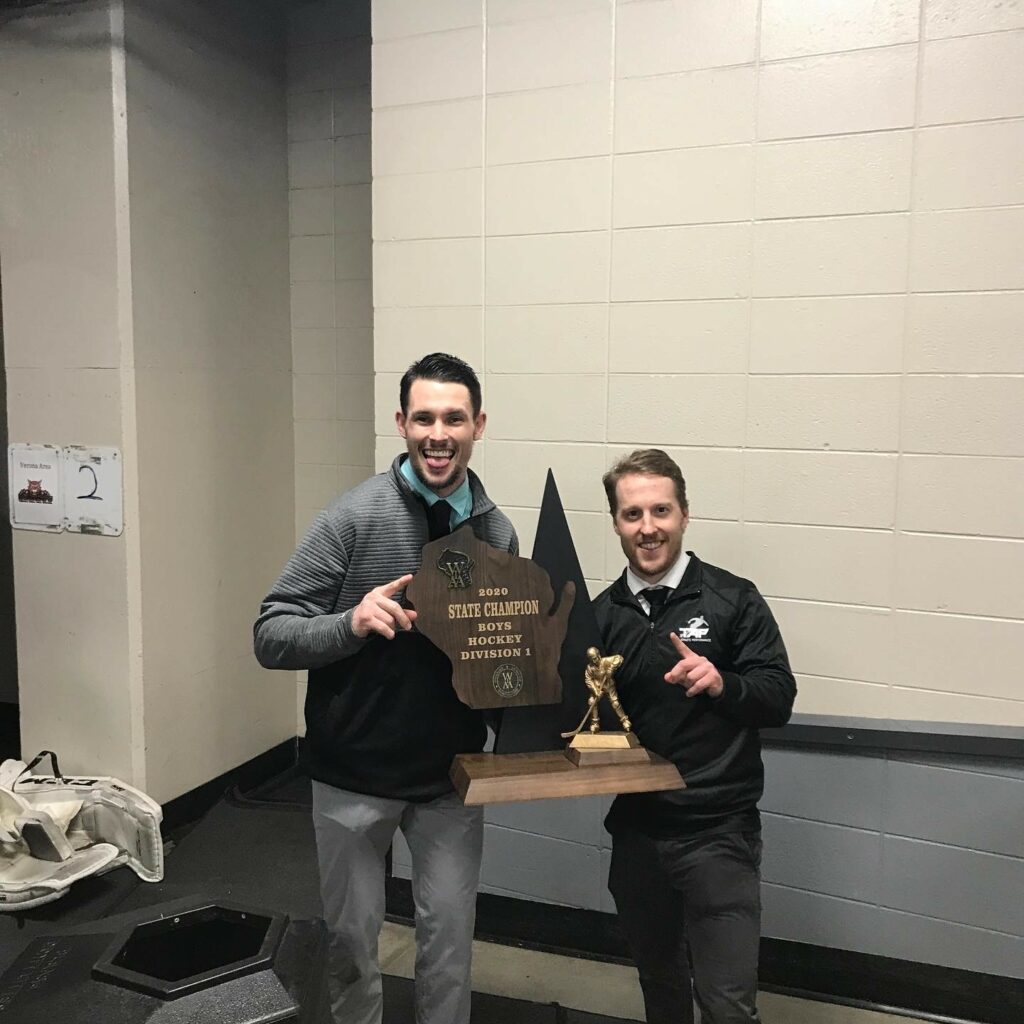